I posted an overview of my gaming activities in 2019 over at my greendale blog:

This is the first time ever I post something personal on this blog. And it feels weird to be honest, but here we go. This is not the blog post I would have wanted to write, but that somehow had to be written.

I think I had a pretty normal â€˜70 / â€˜80s childhood, canâ€™t remember too much about it, which probably means it was good. Things changed (to say the least) when on a Friday night Nov. 1st 1985 my mother almost literally dropped dead. Itâ€™s all a bit of a haze to me, probably some sort of brain defense mechanism. Things were tough though, my dad later told me. You have to keep in mind that at the time, shops closed at 17:30 or 18:00. He had to rush out of work, get groceries and then get home and cook and dealing with a teenager. He kept on supporting me in every thing I did. I played baseball from age 12 to 18, his favorite sport, which isnâ€™t too common in the Netherlands. He didnâ€™t miss a single game. Offering me advice but never be overbearing. 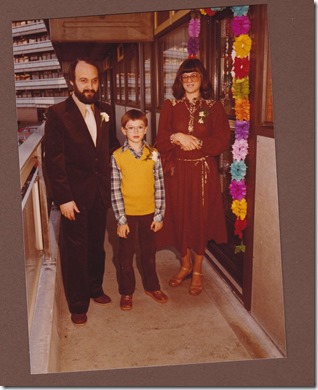 About 5 years later, in the early 90s, my dad hit a huge depression that even landed him in an institution for a few days. He absolutely hated it there and came home quite quickly. Very slowly he got out of it, but this was a process of years with some fall backs as well. All the while I kept living at home keeping a bit of an eye on him as well.

To not make the story too long, Iâ€™ll fast-forward to 2011. By this time we were more roommates, at least thatâ€™s how I saw it, than a typical father / son relation. It was time to move out and got my own apartment, not too far from where he lived so we could visit each other regularly.

Once I was gone from the house, dad made a bit of a mess of the place. The house was too big and he didnâ€™t show the slightest interest in house keeping. He was always reading his Science Fiction books, he was inseparable from his Kindle, and watching baseball at night. As luck would have it, the building he lived in was up for renovation, and he got offered a much smaller place for 55+ year old citizens not too far away.

The last few years were the best part of our lives. He used to come around for dinner a few times a week. Weâ€™d watch cooking shows and science fiction / superhero movies together and just had a good time. He very much enjoyed the new streaming technologies, watching Netflix at home on his TV, while watching baseball on his laptop.

Around the end of the summer his health started to deteriorate though. He complained about his knee hurting and was out of breath very fast. Things got really bad in October when it was getting too hard to get groceries. He would give me a list of things he needed over the phone, which I then brought to him. I cooked for him as well a few times in the week which he enjoyed a lot. Anytime I suggested heâ€™d go see a doctor, heâ€™d panic and told me he didnâ€™t want to go to a hospital â€¦

I made sure the last few days when he seemed really out of it, to wear his alarm around his neck. To be honest I expected a phone call any time now, and that phone call came on November the 13th at 1 AM in the night. He fell and couldnâ€™t get up. He was moved to a hospital near by. As it turned out he had a huge tumor in his groin, which he of course never mentioned to me, and also pretty much explained his decline the past few months. They pumped him full of fluids and vitamins and he improved quite a bit.

Three weeks later after a load of tests the diagnosis was an aggressive type of Lymphoma and he was too weak for further treatment. By that time he was getting sick and tired of the hospital and we figured a best solution would be a hospice. He was taken there (in down town Rotterdam). The first week there was ok, however the last few days he started to get pains in his legs and back. He started on Morphine and would sleep a lot more.

On tuesday 22 december my dad passed away at around 9 AM at the age of 72, he slipped away as the nurse called it. I miss him tremendously, I lost my best friend. Sometimes the grief is overwhelming, sometimes I am just laughing out loud. I am going to have to learn to live without him, which wonâ€™t be easy since he leaves such a void in my life. Lots of things I like I learned about through him, my love for books, science fiction, baseball and American sports in general. 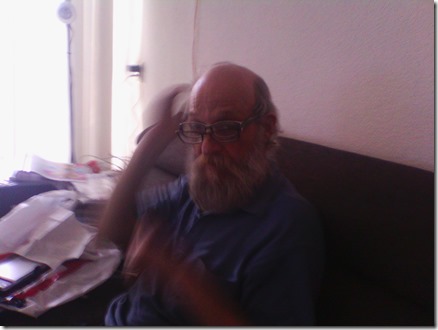 Could he have handled his disease better ? Yes I think he could have at least have himself checked out earlier. And if he wouldnâ€™t have wanted full on chemo, maybe some radiation and light chemo to alleviate the symptoms from the tumor(s) and make the whole experience a bit more gentle (if there is such a thing), He just was incredibly hard on himself. But itâ€™s no use crying over spilt milk, he decided to keep on truckinâ€™ till he almost literally dropped dead, and I respect that.

TL;DR : My dad died and I miss him tremendously.

Yeah yeah I know it’s not Eve, but I figured people who visit this blog might be interested in this 3d RTS story driven space game ;). I started a Let’s Play series of this new game.