Last week we had an alliance tournament. Well mainly Hidden Agenda members actually. It consisted of several rounds. First off was the frig free for all. This time I decided to pilot a kestrel with active tanking. I only managed to take down one pilot before I was downed by about four others !

Somewhat discouraged we had a team game coming next. Using the same setup as in the solo round, this went down much better. Sitting in the back, unleashing my missiles I was involved in 3 kills of the 4. Needless to say our team won ! The fifth member that wasn’t killed pulled a Benny Hill and kept zipping around and we couldn’t kill him, Ruffio in all his wisdom declared us the winners.

Next up was a cruiser free for all. I decided to go with a tanky vexor setup, med armor rep with cap injector and an 800mm plate. I was involved in a nice one on one with a stabber with me coming out victorious. Unfortunately I was then jumped upon by Cattis in a rupture who could barely break my tank, but broke it in the end anway !

Last round of the evening’s events was a ladder frig tournament. Unfortunately it was marred by disconnects by a lot of members and other server problems. I did get in my first round and lost against a well tanked rifter using a 400mm plate. I was using a 200mm + repper. The fight was very close, I overheated all my equipment and turned to space dust in the end.

All in all a very enjoyable experience and we had a lot of fun. I certainly recommend every corp, even if you’re just industrialists to do this every now and then.

On Sunday night we had a fun corp event, a dibs race around the galaxy in shuttles ! At each location there was a nice price to be had, of course you would only find out after winning the Dibs on a location. Clicking on a contract never was so much fun !

The way it was set up, was that the 15 or so that participated undocked and sprinted to the nearest location. About half way a new location would be announced and shortly after that a third. There would be three active locations almost all the time. So you had to make the decision whether you kept on going to your original destination or change half way. A few times a destination was announced that everybody passed through a bit before, ensuing in lots of cursing in chat and vent ! 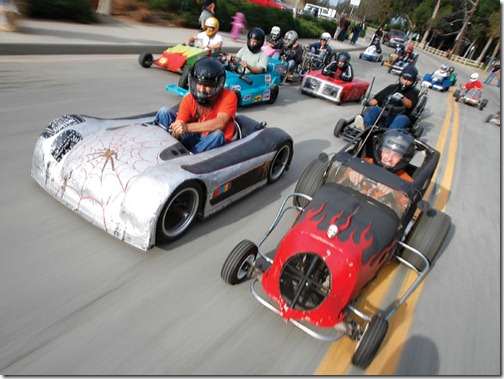 It was quite hilarious when someone yelled DIBS as they arrived in a station as first, other people would go â€˜omg I was 2j away !â€™ and so forth. Once DIBS was called you had to wait in the station for the second round. So everybody won something in the end. The last person in round 1 had to make 26j to Berta to claim a price which was extremely funny and left me plenty of time to get me some coffee !

So how did I do ? I arrived first at Gelfiven IX and won me an Amarr transport ship. Which is nice as Belautis can almost fly it, only need amarr industrial V, and with the learning skill reset coming up that shouldnâ€™t be too hard. For round 2 I just waited until a destination in Minmatar space was announced so I could be there fast. At Anstard VI I won a set of Battlecruiser blueprints, which is always good to have.

Thanks to Ruffio and Cattis for setting this up and making this a fun corp event ! It must have been a lot of work preparing this, hope you enjoyed it as much as most of the corporation members who participated did