Pandamic Legion was trailing by 2 in a best of 5. And came back ! The deciding game 5 was won by Pandamic Legion. Congratulations !!!

Great entertainment for a hot sunday afternoon and evening, especially for a nail biting final 5 matches :). That final game was very close, PL fielding 2 rattlesnake that they lost somewhere in the midgame vs. 2 Claymores (Sleipnirs were banned) and Gilas. The Gilas were gone by the time the 2 rattlesnakes were blown up. It was 80 – 68 by the 4 mins. left mark. PL was winning on points and Hydra could not catch up with the remaining PL ships. It all came down to a single Claymore vs. Vulture, and the Claymore couldn’t break the Vulture’s tank.

Now excuse me while I buy a DroneBoat in Jita !

The final weekend of AT X brought us quite a few exciting matches. Both semi finals and the finals were great. Underdogs Verge of Collapse, featuring three Sleipnirs in their Finals fleet came out the winner ! Hun Reloaded fielded three Vargurs but wasn’t able to handle the speedy Sleipnirs. It was very nice to see an unexpected winner this time.

Thanks to all at CCP for entertaining over 14000 people who watched the stream.

Details of the final can be found at at.eve-ic.net. 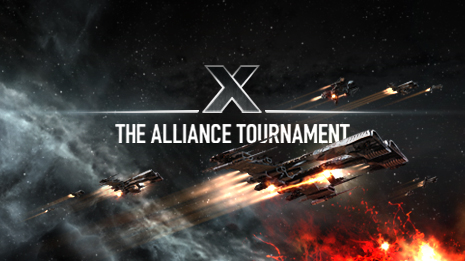 The final stage of the 10th Alliance Tournament will be held this weekend ! The matches will be streamed from CCP’s studio on own3d. Also during this weekend, there are free 20 day trial accounts available as a special promotion.

Listen to CCP developers in their brand new AT X studio how they discuss the tournament matches and EVE related topics. Get all the details and tactics about the currently ongoing matches directly from the live commentators in the studio!

The tenth Alliance Tournament is upon us this weekend. The finals will be on sunday 22nd of july. Always a special time in Eve, the atmosphere is different. Last year I was moving and with all the Monocle drama I didn’t really feel like following it much, but this year I’ll be sure to check it out :). The eve opportunist has some week one predictions.

The Eve-TV crew is finally done putting all videos online at Youtube where you can view them in all their glory !

I’ll link some of my favourites here from day 6.

And last but not least, G00dfellas vs. Dead Terrorists, featuring The Ice as the smartbombing Hero Hawk.

Basically all semi-finals (hero tanking curse!) and ofcourse the final were well worth watching, nice to see them in higher quality as well ! Enjoy !!!

For winning the Eve Alliance Tournament. They managed to change their setups and come out very aggressively in the half final and blow Evoke out of the water. The final was a lot closer, Navy Vexors against Navy Caracals, then at last when the cruiser were all gone, the Abaddon vs. two minnie Command ships. The minmatar ships were too much to handle for the abaddon, but very well done by RuR as well, thanks guys for an epic final !

All in all this weekend was a great experience. Chatting away on irc, and in game while watching the experts and the tourney matches.

Hero tanking and Hero Vigil are new terms in Eveâ€™s vocabulary, I think first used by Crovan. Who did an overall excellent job at the commentary.

All in all well done CCP and everyone involved. I canâ€™t think of any other MMO company that would organise such an event. Oh btw. the new record for logged on players is 51600+. My guess of 51150 wasnâ€™t too far off ;).