There was some Eve News this week, most notably the blogpost on the new flag / aggression system aka. Crime Watch. It already has a 37 page thread (as I write this) of comments on the forums, with some sensible and some not so sensible feedback ! A nice article on these changes is on the Mittani’s website.

At the moment I don’t have that much to blog about, everything is going well in our hole (and my small industrial endeavors outside) ! So I’ll just post these pretty shots :). Can’t go wrong with screen shots ! 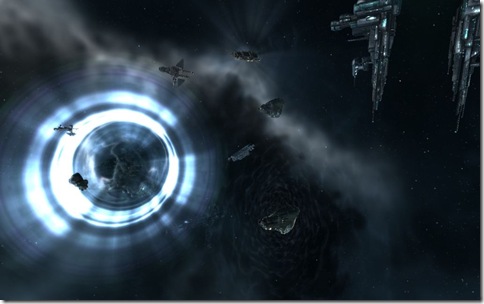 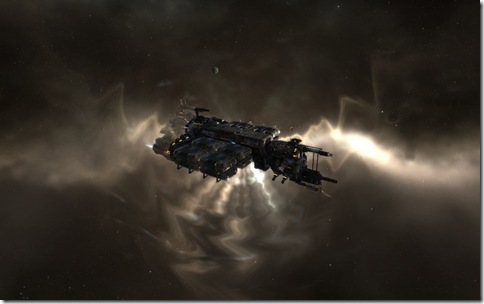 This first one is from the Fleet Test on the test server. It was an interesting fight. With several caps on the field, and a lot of battleships shooting each other :). The lag wasnâ€™t too bad at all, hope CCP got some useful data. 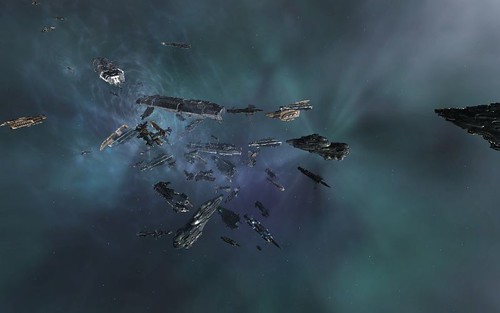 This one is a minmatar warfare fleet undocking. 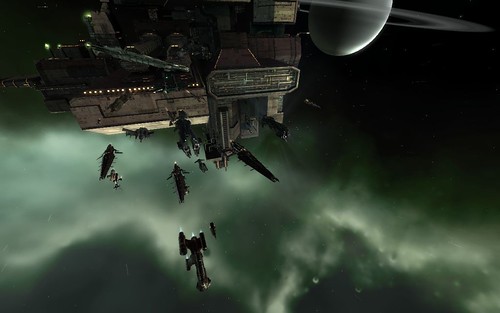 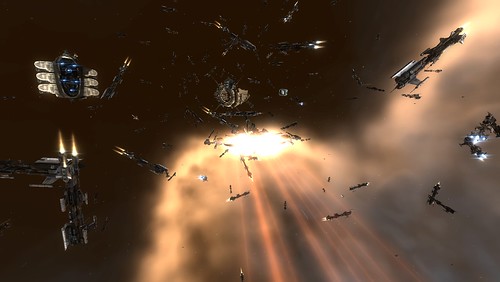 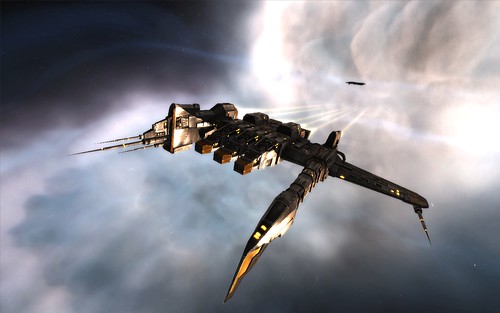 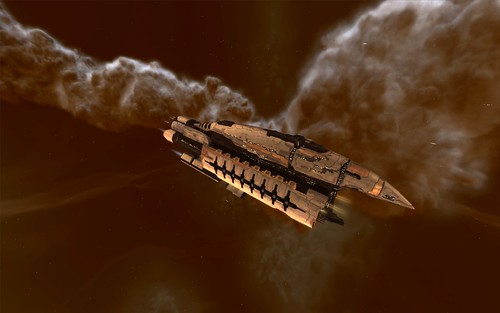 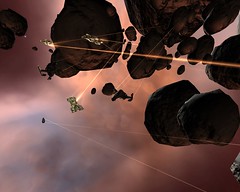 First low sec mining op as a miner in my osprey. Am working towards a retriever at the moment though ;). Am slowly getting rich (well for a n00b anyways) with all these ops ! 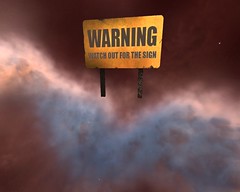 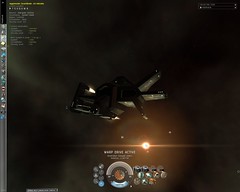 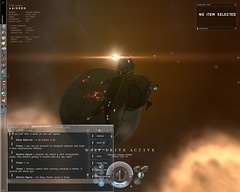 This is the first screenshot I took, flying in my rookie ship, in a beautiful red nebula.