This week I decided to take part in the Tusker’s FFA. I always liked the ones we had in the Hidden Agenda corp, and this promised to be much more massive. Free frigs were given away, which made the logistics thing a bit easier. I still spent much of the Saturday morning shopping for some destroyers and fittings and flying over to the starter system. 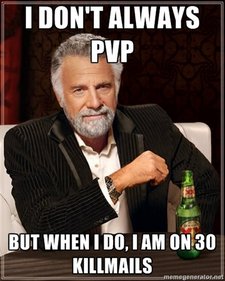 Things didn’t start out very well. I warped to a belt in an incursus, and died in a matter of seconds I think. Not quite sure what happened, I hardly had time to activate my modules. “This isn’t going to be a lot of fun, if it’s going to be like this” I muttered underneath my breath. But things turned around and had a lot more fun with missile boats. The breacher I brought myself did reasonable well, and i managed to stay alive a little longer. A few ships later I was handed my favorite ship of the night, a Condor ! The fittings the Tuskers gave us were quite good. Armed with 3 missile launchers and an MDW you can very easily keep distance and keep hitting your adversaries. Only downside was that it wasn’t fitted with a long point, so quite a few targets escaped, but since they probably were shot down elsewhere later you still appear on the killmail :).

There were also a few events, for one a carrier appeared in the top belt, which was quite fun. I was in my condor, and couldn’t resist picking off a few people on the fringes of the battle, which made me feel kinda bad, but in a good way ;).

After 21:00 Eve time, all frigs and destroyers were allowed. I did pretty good in the new Caldari destroyer, which armed with 7 launchers packed quite a punch and I managed to get a few kills out of it. Also tried the new Amarr and Gallente ones, but both died pretty fast. By that time there were a number of groups on the field and you’d get instantly smashed once you warped in. I decided to leave around that time, since I had my fun anyway. I even made about 5 million isk in collected bounties. I also noticed there were quite a few young characters, who tried PVP for the 1st time. Hope they got the right impression and had as much fun as I had.

Thanks to the Tuskers for setting this up and providing us with free frigs to blow up !

Favorite kill of the evening

It was an interesting evening in our wormhole last night. A corporation in our Static C4 was moving out their stuff through our hole into hisec. Unfortunately they already killed one of our pilgrims. It seemed to be a corporation with relatively new pilots. Slowly people on our side started to logÂ  on, as it was about the time we were supposed to get ready for our C4 excursion into the C4, but it turned out to be a pvp night.

We had some kind of plan to lure them out. I can’t remember the exact details, but it worked as a (new) pilgrim engaged them on our side of the C4. But coms were somewhat confusing, and people weren’t in the right place at the right time. Furthermore they suddenly had a few new ships on the field we didn’t expect, and that added to the confusing. Only the before mentioned fresh pilgrim died. 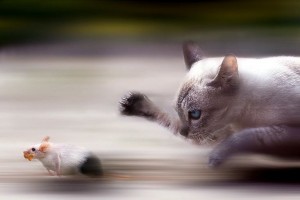 After this we reorganized a little better and set up on the hisec hole. Three more engagements followed, but they stayed on the hole and jumped back, a few times it was pretty close and ships jumped backed into hisec well into armor. Including mine, as I was being called primary in the second engagement. We did kill an executioner and a slasher, unfortunately the rest got away, the wormhole collapsed a little later.

In their C4 there was only the tower left (with it’s forcefields still turned on) and the ship hangar. We switched to battleships and decided to take some shots at the tower, just to see what would happen. Well nothing much happened, they managed to get some more stuff out using a Crane and a few other cloaky ships. One really weird thing though, one guy started self destructing his ships. Apparently he thought their pos would be destroyed any minute and started to blow up all of his own ships. Two brutixes, two Thalos, and an assortment of smaller stuff. Even a CovOps cloaky that he could have easily used to scan himself out. Rather odd behavior indeed ! Once the shields were at 90% we called it a day.

All in all an entertaining evening. I never shot at a POS before so that’s one more thing I can scratch off the list :). A C2 with a hisec exit is convenient, and it does bring in some interestting traffic at times. I wouldn’t pick a weekend to move stuff through a hole though, chances are a lot higher that people will notice you and want to shoot at you.

The Vanhemlock podcast by @jonshute and @vanhemlock is an MMO centric one. Or at least started out that way :). Recently itâ€™s been chopped up into two segments. One news episode and one where Jon and Tim go deeper into a specific subject, or they just keep on chatting about what theyâ€™re playing !

Why am I mentioning this here ? Well, episode 90 is all about Vanhemlock taking the Agony Unleashed pvp course ! So itâ€™s a must-listen for any Eve Online player. 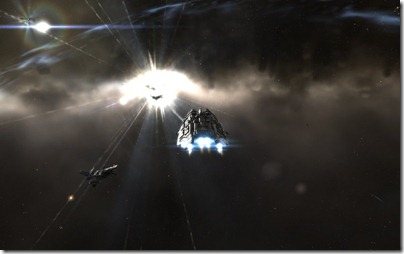