Welcome to the eighteenth installment of the EVE Blog Banter, the monthly EVE Online blogging extravaganza created by none other than me, CrazyKinux. The EVE Blog Banter involves an enthusiastic group of gaming bloggers, a common topic within the realm of EVE Online, and a week to post articles pertaining to the said topic. The resulting articles can either be short or quite extensive, either funny or dead serious, but are always a great fun to read! Any questions about the EVE Blog Banter should be directed to crazykinux AT gmail.com. Check out other EVE Blog Banter articles at the bottom of this post!

For his latest "Blog Banter" Ck asks:
On May 6th 2010, EVE Online celebrated its 7th Anniversary. Quite a milestone in MMO history, especially considering that it is one of the few virtual worlds out there to see its population continually grow year after year. For some of you whoâ€™ve been here since the very beginning, EVE has evolved quite a lot since its creation. With the expansion rolling out roughly twice a year, New Eden gets renewed and improved regularly. But, how about you the player? How has you gaming style evolved through the years or months since youâ€™ve started playing? Have you always been a carebear, or roleplayer? Have you only focused on PvP or have you given other aspects of the game a chance â€“ say manufacturing. Letâ€™s hear your story!

Ever since I started playing Iâ€™ve been a bit of a jack of all trades. Of course this gets easier as you get older and you get a wide range of skills. With over 60 mil of skill points in the bag, I can mine, scan and shoot guns and missiles with the best of â€˜ em now !

Basically my Eve career has two parts or maybe three if you count the no manâ€™s land in between. Also Iâ€™ve been on a break a few times. Lately I have been playing quite a bit again lately, somehow the eve bug always comes back. 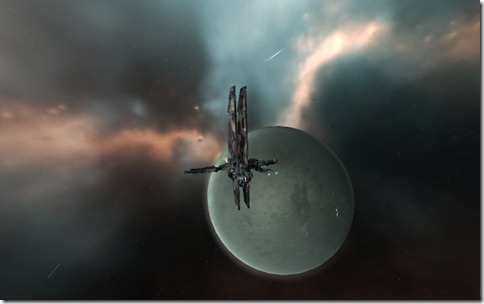 The first part was (after the noob part and being in Eve Uni for a while) with Rakeriku. You can still read about it as I have blogged almost from the beginning. My posts got better over the years, though itâ€™s still fun to read â€˜Saving up for a caracalâ€™, some of the earlier posts can be a bit embarrassing.  The corp is now dormant, but we had loads of fun. In the days before the hulk we had 12hr mining ops clearing 2 belts (you can now do that solo with an alt and an orca in a couple of hours), and building our own battlecruisers (feroxes and the like, this was before the drake!) and gasp even a freighter.

I am still in touch with some people from that time, who still play. The corp bled dry after a couple of months in 0.0 space, Wicked Creek. That was also a nice experience, ratting and mining ark. 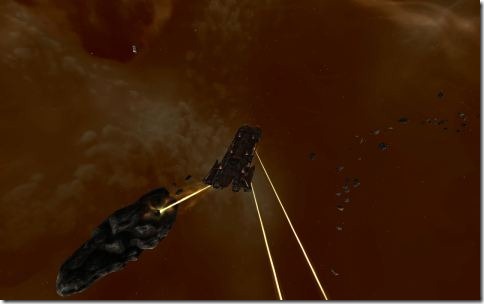 After spending a bit of time solo I joined Hidden Agenda, early last year. To be honest I still play a lot solo. Mining from time to time, inventing, exploring, missions and of course now PI, I donâ€™t have any trouble keeping busy. I do attend the corporation events, and chat in the corp channel.

So what about PVP ? Well besides the odd war I have been in, I have spent quite some time on my alt in Factional Warfare on the Minmatar side. He is residing planet side at the moment (a retired General), but it certainly was an experience I wouldnâ€™t have want to have missed. Especially when FW started, flying around in fleets of over 80 pilots was so much fun and the thrill of shooting Amarr was great.

Thatâ€™s it in a nutshell !