Ice Mining isnâ€™t as horrible as I thought it would be in Odyssey. I waited to see how things would work out to post about this, my initial reaction wasnâ€™t very positive, being an old bitter vet and all, we donâ€™t like change

The first few days, hardly an Ice Anomaly appeared in my Ice Mining system. I guess I logged on at the wrong times. And once they did appear, about 70 pilots swarmed onto the Glacial Masses and destroyed the belt in about 30mins (or less). Checking Dot.Lan however showed another Ice system near by. And lo and behold there were only a dozen or so pilots there. So I have my Mackinaw parked there now. Other people found out as well and once the anomaly appears there are about 20 or 30 peaks in the weekends mining. So not too bad. Donâ€™t forget that the cycle times are 50% of what they were previously so you do mine more in less time. 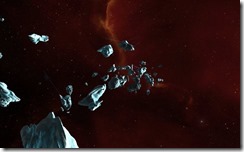 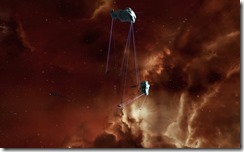 There will be less Ice coming into the economy though, what was once an endless supply that could be mined 23/7, is now a less common appearance. I assume that eventually once the old stock runs out, the price will go up. Itâ€™s not too bad at the moment (as I type this reasonably steady at around 200k a block for a month).