Thought Iâ€™d make one more post before the next expansion hits in a few days ! Already put on long skills for my characters so I donâ€™t forget that. Bought two skill books for Morph (Minmatar Battleships and Large Projectile turrets) so I can use the queue to itâ€™s full advantage once we can get back in.

The past week or so I have made my first steps into T2 ship production. Already made 2 kitsunes but you barely break even on those, so I shifted towards T2 cruisers. The first one I produced was a falcon, now I have two cerbs in the oven. Those will give a nice profit if they sell for the current market value of around 100mil. I bought some of the T2 component bpos as you can skim off some costs by making those yourself. 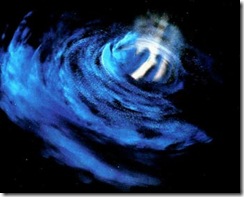 Furthermore I played a bit on the test server. I found a somewhat â€˜easierâ€™ wormhole, and found out again that itâ€™s not very viable solo. I could tank the sleepers in my abaddon but not kill them. Smartbombs work well against the little drones though, even though they do try to stay out of range. Once I brought in Morph (Bela was in the abaddon) in an assault frig to get rid of the cruisers, all was well though. Very nice task for small gangs, like 2 BS and maybe a few assault frigs / HACs to get rid of the smaller stuff. And then fight over the loot afterwards ;).

The state of the expansion on the test server is still a bit buggy. Some weird things happened while switching ships in station and some other odd things. I hope the patch we will get on march 10th will be somewhat less buggy, but my guess is that it will definitely break some stuff and some of the new things wonâ€™t work properly. By the end of march things will be more stable :).

Hope CCP has some surprises for us in the storyline, come next patchday. Have a nice patchday all, and remember the waiting is the hardest part !