For the past few days I have been playing Star Trek Online a bit. I am now level 7 and also got a Klingon character, but I didnâ€™t play that one a whole lot.

First of all I was suffering on the ground from weird hiccups and stuttering. Turning off some graphical options seem to have fixed that (dynamic lightning was one of those). Luckily the space part didnâ€™t suffer from any of that. 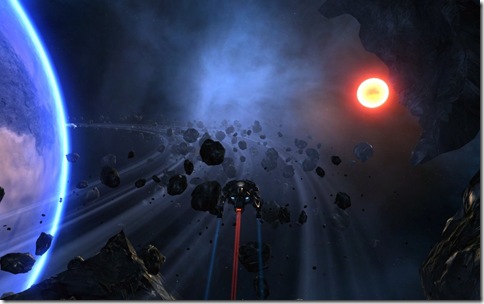 The space combat is very nice. You have to manage your shields and rotate around the target, or let it rotate around you. You have diminish itâ€™s shields with your lasers and once theyâ€™re down finish him off with your photon torpedoes. Your bridge crew each have some special abilities you can use, like more power to shields or drain your targetâ€™s shields, each have a cooldown, so you cannot use them all the time.

The missions themselves seems to be mostly patrol this or that and pick up something or take a scan etc. Usually there are enemy ship where you have to scan. Fun part of these missions is that you are usually automatically grouped with other people. Also there are enemy ships on the map that require a group effort to take down. A bit like the public quests of warhammer. Some missions were bugged, and I wasnâ€™t able to complete them, or I did complete them and it didnâ€™t register right. I hope they get this fixed before release as that is somewhat frustrating. 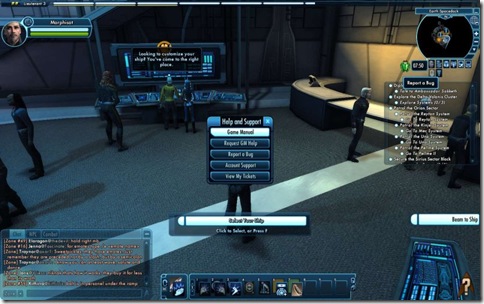 The non combat missions are very boring at the moment. I hope they either scrap them or change them a bit. For example I had to escort a freighter which took about 15mins (also because i had no clue where to escort it to), and absolutely nothing happened ! Another mission on the ground had me tag four, uhm canâ€™t even remember what, but there was absolutely nothing there. No mobs, no enemies, just a sand blizzard and a few rocks here and there.

The character creator is very nice. You can customize your character in almost every way. Along the way you earn skillpoints that you can use. But it isnâ€™t entirely clear to me, what these skills do. And how +9 is better than +3. I hope it is, but it wasnâ€™t very evident so far.

This is getting a bit long, so Iâ€™ll wind it up here.  Overall the game has potential. The space combat makes up for a lot of the clunkiness of the ground combat. The missions are fun and character progression is nice. I doubt it has longevity though. It could very well be that after two months, youâ€™re sick and tired of doing the same thing time and again. But it might also get more entertaining as you get higher in level and get bigger ships etc. Time will tell ! At this point I would not pay 239,99 for the lifetime sub. Iâ€™ll play the 1st free month and see if I still like it after that.