But there is more to Eve than meets the eye. Itâ€™s the players, the people. The subculture around it.

This time a special Blog Banter with a few prices attached !

Whether you’ve logged into the game every day since its launch in 2003, or you’ve taken one or several sabbaticals from your capsuleer career, you’ve always come back to New Eden don’t you. Why is that?

We know the EVE Online Community is unique in so many ways, and that EVE Online is like no other MMORPG out there. But what makes the game special for you?

What is it that makes this particular virtual world so enticing, so mysterious and so alluring that we keep coming back for more. Why is EVE one of the very few MMOs to see a continuous growth in its subscriber.

To put it simply: Why do you love EVE Online so much?

At the moment this is a hard question for me to answer. I have only been playing very occasionally the last few months. Once you have done a lot of all the things Eve has to offer, itâ€™s hard to motivate yourself to get back in the game and do those things again. Exploration, mining, production, Factional Warfare PVP, at the moment I have a feeling I have seen it all. I am a bit Eved out. It seems I am not the only one in the blogosphere at the moment (letrange and rettic posted similar thoughts).

All those things I summed up are the plus points of Eve though, so donâ€™t get me wrong. There is a lot to do, to discover, and especially to learn ! But it doesnâ€™t come by itself, the content isnâ€™t slapped in your face, you have to go out and do research and find everything yourself.

But there is more to Eve than meets the eye. Itâ€™s the players, the people. The subculture around it. The blogpack, the tweetfleet, and who knows what else ! It keeps you connected to New Eden even when youâ€™re not playing that much. 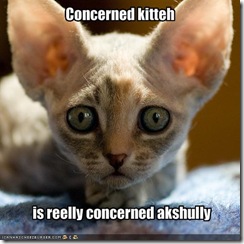 But lately I have also been concerned about the state of the game. Eveâ€™s lack of decent customer service. People with paid for accounts getting locked out and it takes over five days to get a response. The recent server problems and apparent lack of Quality Control on the last patch (the 0.0 part didnâ€™t seem to work to well if I have to believe all the forum whining, although it did shake up 0.0).

The last â€˜expansionâ€™ didnâ€™t add a lot to the game, neither Quantum Rise. At least Apocrypha brought wormholes and T3 ships, but for some reason I donâ€™t like wormholes at all. Maybe that explains why I am a bit Eved out at the moment, even in a sandbox, you need a few new tools to play with every now and then. It could be that this is because of the new console game that is being developed, but I doubt that that is the case, as it is an entire separate development team in China doing that. Which makes you wonder what theyâ€™re working on at the moment ? It canâ€™t be Incarna (walking in stations) can it ?

Anyway, I love Eve regardless, and itâ€™s healthy to have players worried about the state of the game, rather than them just leaving, and unsubbing without a word. The Eve Playerbase cares a lot about their game and I assume CCP does as well.

6 thoughts on “Why I Love Eve”