Well it was bound to happen sooner or later, I got several offers from CCP after I let my sub go out last June or so. This one was 20 euros for 2 months and I figured it couldn’t hurt to take a look again ! I found myself in an NPC corporation, which felt a bit noobish, I am not even going to mention the chat channel !

I hadn’t really been paying much attention to what exactly had changed and found myself utterly confused with the new UI. Where are my buttons I had been used to since I started ? Ah you have to click on the Eve E at the upper left corner… Took me a trip to the Evelopedia to figure that one out. It’s a nice change though, you can now move your buttons about and leave out the ones you don’t need and the ones you use often you can put on the bar on the left. The Eve Wiki now actually contains useful information. Another shocker to be honest. Been reading up on it on several subjects. Very nice.

Upon the first undock, i was struck by the awesome new nebulas ! Great work there. Makes space come to live a bit more and give each system a bit more character. I went out to pick up some ships I had scattered here and there, figured flying about would make a good start. Even that has changed, the autopilot can now even take you to a specific space station. Also you can now order your ship to jump when you’re not in jumping range yet. 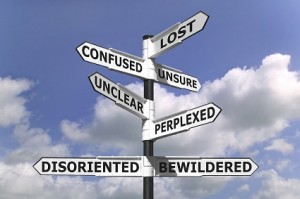 Now of course the big question, what am I going to do in-game ? First of all I really miss my alts. So used to doing things ‘together’. I have joined my own corp that I used to use for my POS. I still got a medium tower somewhere I might start using again. Another shocker (yes there were a few), to see that fueling a pos has changed as well. I have also been reading up on blue vs. red which sounds interesting, or maybe I get in touch with the folks from the VanHemlock forum, they seem to be having fun in-game. I could also go back to Hidden Agenda, but I am afraid I would be doing the same ol’ same ol’ again and be bored soon.

For now Assault Ships 5 is on the skill queue. Was a bit surprised I hadn’t done that one already. Oh there is also a bpc of a Tornado waiting for me, so I can put my stack of minerals to good use. Not sure what I am going to do with that ship, but at least now I can spin it :). All in all I think CCP did a nice job of focusing on space again, and the seem to be back on track. Unlike my Eve career at the moment haha.

Funny enough a few days after I resubed @jonshute posted this:

6 thoughts on “Resubbed and Confused”