Itâ€™s about two weeks ago, our wormhole had itâ€™s hisec out in one of the remote systems of the Heimatar regions, Klir. Together with the neighboring dead end system Jorus, there were about 8 data and relic sites. Even though there 4 people in local, no one seems to be going after these so I decided to give them a go.

I got me a few goodies off the first few sites (Still not a big fan of the loot piÃ±ata and the mini hacking game thatâ€™s pretty silly). A large mini jump drive BPC, and some invention related items. I didnâ€™t scan the cans first so it was a surprise what I would grab from the cans. The other sites didnâ€™t drop much of value up to the point I didnâ€™t even check my inventory any more what I did get.

Somewhat disappointed I headed back to our K162 entrance in Klir and checked my inventory and lo and behold, a faction tower BPC ! It turned out to be the Angel Control Tower BPC, the large one.

I brought it back in a tanky ship to UedamaÂ  where most of my industry stuff is, and decided to put it together there, grabbing the remaining ores and a large minmatar tower from Jita, to give it a bit more value, instead of just selling the BPC. Itâ€™s still on the market now for 1.4 Bil. I have been checking the prices and theyâ€™re a bit weird. I donâ€™t think these towers are in high demand, only a few are being sold every now and then. There were a handful on sale in Jita for 1.2 bil. Those disappeared and reappeared for over 2 bil ! Someone reselling them perhaps ? 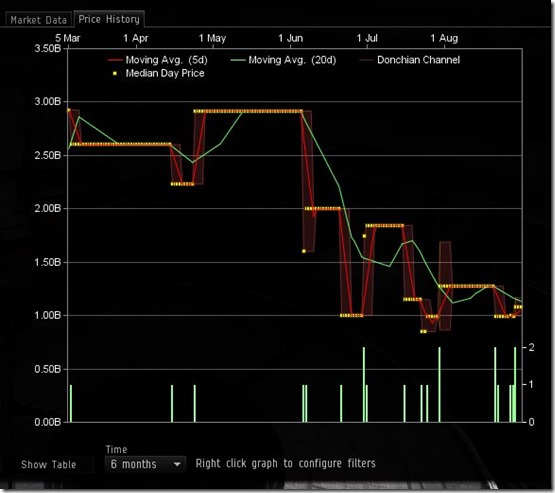 If itâ€™s not sold by the end of this month I might have to move it to Jita to give it a bit more exposure, but I donâ€™t really feel much like moving such a high value item. Probably will be alright in a well tanked Orca.

So if you have always wanted that fancy faction tower, head over to Uedama and grab it off the market