From a recent CCP email (quoted here, because it has all the links to the devblogs) :

Crius is the name of the next release to be deployed on July 22nd. As you might recall, EVE development moved away from the traditional six month expansion cycle to a much faster six week release deployment.

Crius itself brings a major change to industry in EVE Online â€“ including changes to manufacturing and invention. As EVE is a very complex system and industry being at the core of EVE, you can expect a lot of changes that will ripple through the universe:

Â· The Science and Industry user interface is completely rebuilt and made much more user friendly.

Â· Refining, reprocessing and compressing are made more meaningful and intuitive. Skill matters!

Â· All industry slots will be removed including NPC stations, outposts or POS arrays.

Â· The more jobs are installed in a specific star system, the more expensive it will become to install additional jobs. Centralization costs.

Â· NPC teams can be hired to give benefits to whole star systems, this will benefit everyone. Centralization helps.

Â· Material and Time Efficiency levels on blueprints will change and be capped to ME 10 and TE 20 with each level giving a fixed benefit of 1% point. Additionally all static blueprint data, such as copy and research times, will be streamlined and adjusted.

All these changes and more are already available on the Singularity test server. Check it out!

Additionally you can expect several quality of life improvements, for example for the often discussed tooltip changes.

I have indeed checked out the changes on Sisi today and here are a few screenshots to show you what changed. First of all planetary colonies are no longer under the industry tab, but in the business menu. 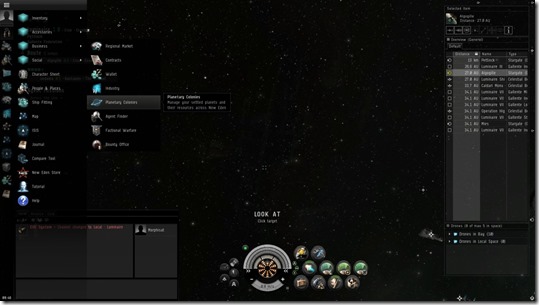 Then of course the biggest change, the industry interface ! As you can see below, all the info is now in one screen. 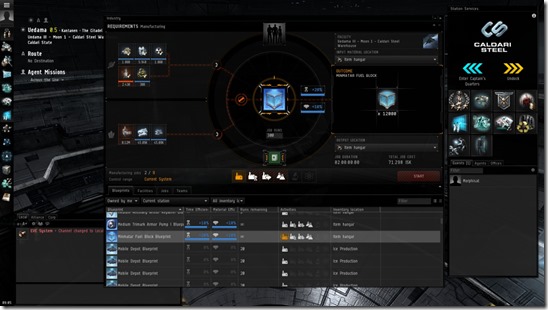 No longer ME30, or TE10 but 20% time efficiency, and 10% material efficiency. The built in calculator is handy, you up the â€˜job runsâ€™ and it automatically changes the values of the materials needed, and the job duration. Once live the job cost will be affected by the number of jobs that are being run in the system and/or current facility, since itâ€™s so empty on the test server, I canâ€™t really tell you how expensive itâ€™ll be. The jobs tab has your current jobs with a handy delivery button. 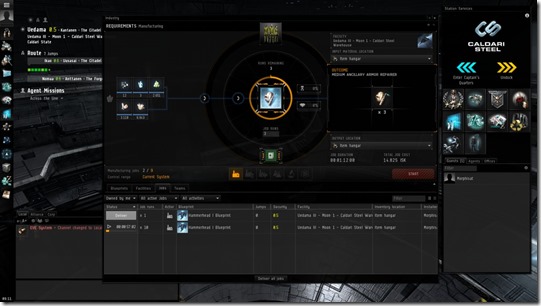 In the next pic you can see the avalaible teams. I assume once this goes live there will be more. If not, the systems with teams in it, will be very crowded and the price of jobs will go job, and the benefit of the team will be gone. On the second pic you can see an example what a team can do: â€“1 or â€“2% material efficiency, or â€“4% time efficiency. Not a huge buff, but if you make a lot of items, that need a lot of materials it might be interesting. 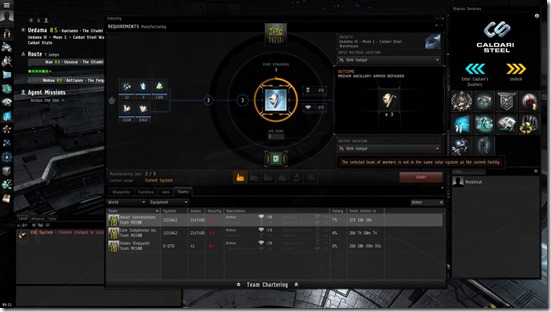 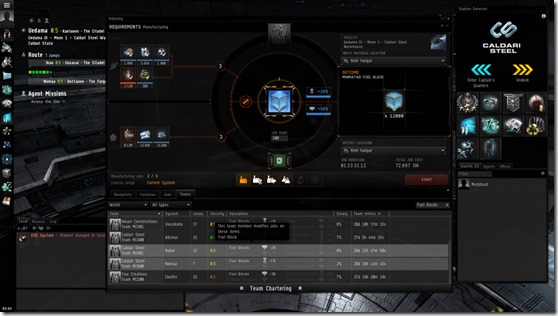 I also set up a POS to test things out. Iâ€™ll do that this week and will post how that works out, but so far it doesnâ€™t seem to be very different. The BPOs you want to research and such have to be at the LAB, from what I understood so far from forums posts and/or devblogs. 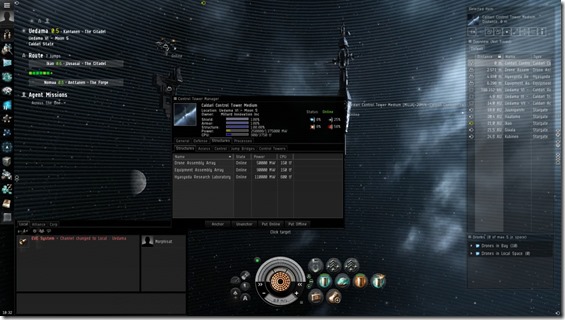 Well thatâ€™s it so far. I really like the new interface, very much an improvement over the now over 10 years old, old interface. The little quality of life improvements are welcome as well of course. How prices will be influenced still remains to be seen.