Welcome to the continuing monthly EVE Blog Banters and our 69th edition! For more details about what the blog banters are please visit the Blog Banter page.

CCP sometimes get stuck between a veldspar ‘roid and a hard place when they try to blend realism with sensible game mechanics in our sci-fi simulator. Sometimes they create a scientific answer such as 4th dimensional drag to explain our ‘submarines in space’. Other times, not so much. When a null-sec Citadel is destroyed players ‘stuffz’ is to be magicked to another station. Why should a citadel be different to a titan? Should CCP ensure that ‘space magic’ always has a plausible explanation or do we need just to say “Well, its only a game!” and engage the willing suspension of disbelief? How should it work when a citadel goes boom, how do we balance risk with reward, and how should any “space-magic” be explained?

The first thing I thought of when I read the introduction to this monthâ€™s banter was this book on Star Trek physics I read a long time ago. FromÂ  what I remember I sort of understood only half of it

. But it was quite an interesting read about what could actually be possible and what could not, with the warp drive and all of that. Itâ€™s nice to know that some things could actually be accomplished, albeit in the very far future, if mankind does not destroy itself before it ever gets that far. 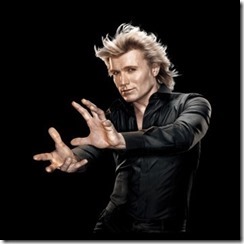 In video games you have to strike a balance in my opinion between convenience and what is sort of believable in the particular world youâ€™re playing in. Will I be able to walk back as a ghost from the nearest graveyard to my body and resurrect when I die ? Probably not

. But itâ€™s convenient with the gameplay so we go along with it. On the other hand, a lot of things in Eve for example would be somewhat possible in our imagination, probably in another universe in the very far future or after some technological breakthrough we have no clue about at the moment. On the other hand, repper ship that can create more energy than what comes in, always sounded very implausible, so thereâ€™s that

. But at least you have a feeling that somewhere sometime, this universe could be real.

From what I read so far in the other Banters, most bloggers agree that the upcoming change in Citadel where your stuff magically respawns in some convenient place when itâ€™s destroyed, goes totally against what Eve stands for. Once your stuff is blown up / stolen, you canâ€™t get it back. Period. Thatâ€™s what Eve is all about, and that is what makes the virtual economy going. No idea if itâ€™s set in stone yet, but it definitely needs some reconsideration in my humble opinion.

ps. I just happen to post this on Mophisat’s tenth birthday, well planned !