No itâ€™s not a pvp encounter ! Just a little post in which we compare the two for the purpose of mission running.

Seven launcher slots vs. Six launchers (both have an empty one to fit a tractor beam or salvager or something else)

The scorpion has a bit more cpu and powergrid making it very easy to fit however you like it. The Scorpion seems to be a bit more expensive at the moment. But itâ€™s not that much of a difference (about 550mil vs. 600mil or so ?). 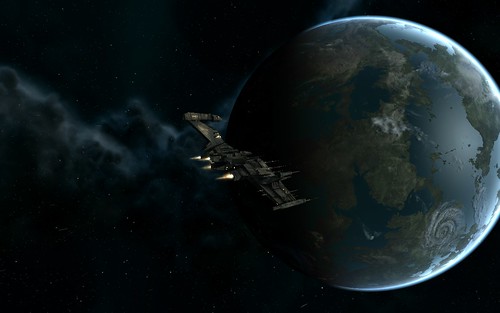 Basically if you want a beefier tank, which is very easy to fit, and want to have an afterburner to burn between those mission gates a bit faster, the scorpion is a very fine choice as a mission runner.Â  Also with eight midslots there is plenty of room for either extra tank or a target painter.

If youâ€™re already tanking missions with ease in a vanilla raven, and just want some extra firepower, the Navy Raven is a good choice.

What you can also do if you have an alt that helps you out mission running, is get the scorpion and give the navy raven to your alt :).

Of course the rattlesnake or nightmare are in a class of their own, but it depends for what faction agents you run mission for in case of the nightmare, but pirate faction ships are in another price range I would say ! And I donâ€™t have any experience flying them to compare them against the above mentioned ships.

And here it is. I finally bought a Navy Raven. Always thought it was a little too expensive, but now that the prices have dropped below 300mil (!), I just had to get one ;).

It looks nicer than the run of the mill Raven, and adds a bit of DPS with it’s seventh missiles launcher. Also it provides more of a buffer as it has a lot more shields ! You do go through ammo pretty fast now though, good thing I can build my own missiles ! 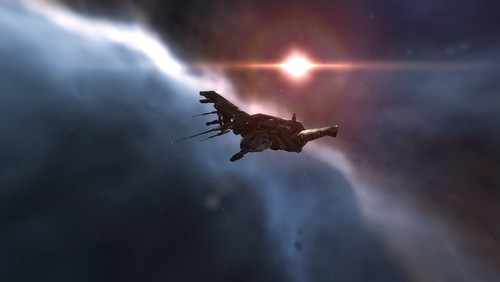