In case you missed it (yeah right ;)), it’s that time of the year again, it’s Eve Fanfest 2015. For those not able to go, CCP has provided a live stream over on twitch. Of course you should also follow #tweetfleet and / or #evefanfest on Twitter :). Don’t forget about reddit either !

Here is the program for the coming 3 days:

It’s been a long time my friend, a long time
Yet it seems to have gone by in just a flash
A lot of you shooting me, a lot of me shooting you
And Concord kicking everybody’s ass

We have ignited violence on a massive scale
Scrambled those, who tried to warp away
Nothing says I love you like a kill mail
So don’t be surprised if I send you one today

Some say it’s more the trip than the destination
Hey, girl, come fly with us…that’s an invitation
DonÂ´t be afraid of a little death and exploitation
Killing…itÂ´s just a means of communication

This is the Fanfest schedule for CCP’s Twitch.tv Stream. There will be a free streams and a HD one for people who pay 1 Plex. The bolded lines are the keynote presentations.

It’s nice to see CCP finally draw a line regarding this ‘Bonus Room’ nonsense, and who knows what else is happening what we don’t know about yet.

[stextbox id=”black”]CCP, in collaboration with the CSM, have agreed and would like to state in the strongest possible terms and in accordance with our existing Terms of Service and End User License Agreement, that real life harassment is morally reprehensible, and verifiable examples of such behavior will be met with disciplinary action against game accounts in accordance with our Terms of Service.[/stextbox]

It turns out Eve Blogging is still relevant. It was Ripard Tag who got the ball rolling. Well done, sir. Eve already has a, uhm, certain reputation, we don’t really need any more of this.

So many new players joining #eveonline that a career agent system is in tidi so we’re remapping other systems off its node. #tweetfleet CCP_FOZZY

It seems the big battle in B-R5RB was the best thing that could happen to Eve Marketing ! All major news sites reported the battle (especially the $$$ value that went up in smoke), and it seemed to attract a lot of new players. Now let’s hope these new / resubbed people can stick around long enough.

Welcome to the continuing monthly EVE Blog Banters and our 52nd edition! For more details about what the blog banters are visit theÂ Blog Banter page.

* * * * *
Go to the always useful EVE-Offline.net (http://eve-offline.net/?server=tranquility)Â and take a look at the All Time (weekly average) graph for concurrent accounts logged in.

For the past four and a half years, the graph has hovered around that 30,000 mark; it is, for all intents and purposes, a plateau. But everything must come to an end sooner or later and that is what this blog banter is about.
Â
What’s on the other side of that plateau?Â
Â
Is there any path for CCP to follow to raise those numbers upwards for a sustained period, or is EVE going to enter a decline to lower logged in numbers from this point? How soon will we see an end to this plateau? Months? Years? Or will you argue that ‘never’ is a possibility? Or you can look at the root causes of the plateau and tackle the question if it could have been avoided or shortened if CCP had taken different actions in the past.
My response :

The past few years Eve has had an equilibrium between people leaving and people new and/or returning to the game. Hence the â€˜plateauâ€™ mentioned above. Probably somewhere in the future this plateau will start to slope down. When this is going to happen is anyoneâ€™s guess.

People might leave for the next Â Big SF Game. The only thing that could be considered an Eve killer on the horizon at the moment is Star Citizen, weâ€™ll have to see about that. Maybe some other MMO or SF game will come along and steal itâ€™s players ! But people can play multiple games, so I seriously doubt it.

Probably the only thing that can kill Eve is Eve itself. The game has been getting a bit stale lately. The last few expansions didnâ€™t really add much to the game, it did make it better with bugfixes and all though. There has to come a point where more people leave (or cancel their second and third account, big thing in Eve) then there are coming in. I donâ€™t know how long CCP can get away with these minimalist â€˜expansionsâ€™ Â before the players are really starting to get bored.

And once that happens there will be a tipping point where Eve gets a serious overhaul and Bob from Marketing decides a new, bigger playersbase that wants to spent cash in a cash shop is worth more than the current playersbase. And thatâ€™s where free to play etc.comes in.

Letâ€™s hope itâ€™ll take a while before we get there ;).

Other participants at Kirith’s Inner Sanctum.

Not that much interesting has happened in Eve the past few weeks. I was shot at twice I think while doing PI, but my warp stabilizers helped getting me back to my tower. Sold a bunch of PI and some extra fuelblocks. Shot some sleepers … Ah I can see you dozing off already.

The Yule lads were nice to me. Quite a fun holiday gift. And I think I only saw a few posts on the Eve-O forums how CCP is ruining the economy by giving away free stuff.

The leopard shuttle sure is speedy, with it’s 20 au/s warp speed. If you ever need to be somewhere in a hurry, it’s the shuttle to take. Other nice gifts included expanded probe launcher II, Warp Stabs II and whole bunch of other (sometimes not so useful) stuff.

And with that I bid you all a merry Christmas and a very happy new year !

Everybody is probably tired to hear about the most recent drama in the world of Eve, but I will blog about it, albeit a little late, anyway. If only so I can read it back it later on ! I have been collecting interesting links or interesting opinions, so I will include those as well. In case you havenâ€™t seen enough about it.

In my opinion this all started (in hindsight) with the Community spotlight on Markee Dragon. Why there was a spotlight on someone who hardly played Eve and â€˜onlyâ€™ seemed to sell Timecodes, where there are dozens of other players and player organisation that deserve such a spotlight more was very odd. In case you donâ€™t know, MD is the ETC code seller on Somer Blink.

Then the first oproar started once CCP announced a lottery held by Somer featuring rare ships. The rewards were changed to other unique ships due to players like Chribba who said it wasnâ€™t rightÂ  to rerelease these old ships.

Then this happened: a private mail leaked in which it was revealed that all members of Somer Blink had received Special Edition Scorpions. This very much resembled the T20 incident, years ago. Which led to the CSM and an Internal Affairs institution. Somehow this apparently passed by the IA. CSM wasnâ€™t consulted at all. CCP does not seem to consult the CSM in things that matter, we have seen this before.

It took quite a while before an official response was posted. Due to vacation of half the CCP staff apparently. Once the response did come, it was in my opinion very underwhelming. You can read my response and one of my questions was answered in the thread, but I didnâ€™t find it very satisfactory. Even worse, CCP apparently want to keep on exploring these â€˜relationshipsâ€™. For now these giveaways are on hold. I just read that as â€˜once this blows over, weâ€™ll continue what we have been doingâ€™.

This whole situation is all about trust. CCP mingling in our sandbox. The PR department supporting a shady Eve gambling site that makes (IRL) money by commissioning ETC sales. You can read about that in this excellent forum post. I know this situation doesnâ€™t affect my game play directly, but it leaves a very foul taste in my mouth and it makes me slowly loose faith in CCP and the direction theyâ€™re heading.

In case you missed it, there is a great article on the hardware CCP runs their Eve Universe on at PC Gamer !

The funny thing was that, at the time, the technology only existed in the military so we had to get military clearance to go into a bunker in Texas to evaluate the hardware because the company, back then, had only just started looking into commercializing this thing that they made for the US army

BlogÂ BanterÂ 38: Dogma
In his recent “That’s just the way it is” post on Jester’s Trek, blogger Ripard Teg posits that the established EVE player-base has come to accept many of EVE’s design idiosyncrasies, rarely questioning their purpose or benefit. Conversely, he also suggests that new players might not be so forgiving of these “quirks”. In anÂ interview with Gamasutra, Senior Producer CCP Unifex describes EVE Online’s developers as “relatively hands-off janitors of the virtual world”, underlining that he has only four content developers but “a lot” of programmers and engineers.
Has a culture developed where CCP has started to take player effort for granted – expecting the “social engine” to fulfil tasks that might otherwise be CCP’s responsibility? Or should this culture be embraced as part of “emergent gameplay” with these quirks accepted as the catalyst for interaction? 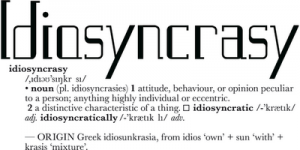 Eve’s idiosyncrasies are part of it’s charm. Whether they are appreciated by new players I don’t know. There are still players coming and going so I guess there are still people who can get over the learning curve. And let’s face it, a lot has been done over the past years to make Eve a more comfortable place for the new player. The new wiki is also very nice. I don’t see anything wrong with players turning to player created info (like blogs or the excellent Eve Uni Wiki) for extra info. Hell, eve warcraft has Wowhead. I don’t see anything wrong with that. It also leads to players looking for Player Run Corporations sooner since that’s where you learn the most.
A lot of these infamous Eve idiosyncrasies are being fixed in the past two expansion, and there isÂ team papercuts. Also some effort is being made to make some things in Eve more convenient (like the inventory hehe). Market search will improve in the next major update for example.
END_OF_DOCUMENT_TOKEN_TO_BE_REPLACED